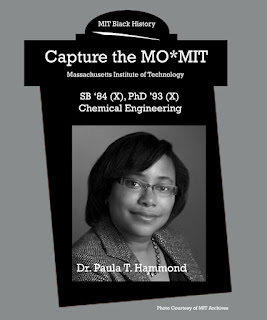 Paula T. Hammond, the David H. Koch Professor in Engineering, has been named the new head of the Department of Chemical Engineering (ChemE), effective July 13. She is the first woman and first person of color appointed to the post.

The announcement was made this morning in a special faculty meeting of the department. “We are fortunate to have someone with Professor Hammond’s vision and dedication to lead this distinguished department,” says Ian A. Waitz, dean of the School of Engineering. “She has a deep knowledge of the Institute and has led a remarkable career as a researcher and educator. Please join me in congratulating Paula on this appointment.”

Hammond succeeds Klavs Jensen, the Warren K. Lewis Professor of Chemical Engineering, who has been the department head in ChemE since 2007; Jensen will reengage full time with teaching and research in the department. “Klavs has been a superb colleague, and he has set a very high bar for leadership of a department,” Waitz noted.

Hammond is a core faculty member of the Koch Institute for Integrative Cancer Research and was a founding member of the Institute for Soldier Nanotechnologies. She has collaborators in academic departments throughout the Institute, and has worked with clinicians and researchers at various Boston-area hospitals. Her research group focuses on biomaterials and drug delivery. Their research focuses on the self-assembly of polymeric nanomaterials; the core of her work is the use of electrostatics and other complementary interactions to generate functional materials with highly controlled architectures, including the development of new biomaterials and electrochemical energy devices. She and her former students and postdocs have started a range of biotech companies.

She has taught several classes over the past several years, including the 10.467 (Polymer Science Laboratory), 10.569 (Synthesis of Polymers), and 10.10 (Introduction to Chemical Engineering). Hammond previously served as executive officer of the department in 2008 through 2011. Hammond received her BS in chemical engineering from MIT in 1984, her MS from Georgia Tech in 1988, and earned her PhD from MIT in 1993.

Posted by MIT Black History at 3:59 AM