Remarkable and Steadfast Leadership from the Soul and Spirit of MIT 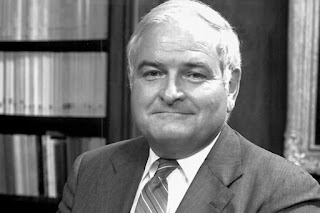 Guided by a passion for teaching,
MIT’s 14th president helped steer the Institute through decades of social change.

Paul Gray ’54, SM ’55, ScD ’60, a devoted leader at MIT whose lifetime career at the Institute included turns as a student, professor, dean of engineering, associate provost, chancellor, president, and MIT Corporation chair, died today at his home in Concord, Massachusetts, after a lengthy battle with Alzheimer’s disease. He was 85.

As MIT’s 14th president, from 1980 to 1990, and in his other roles, Gray transformed the Institute through his commitment to enhancing undergraduate education and increasing the presence of women and underrepresented minorities on campus. With his wife, Priscilla King Gray, at his side, he helped guide MIT through the social change and technological transformation that marked the second half of the 20th century.

His commitment to MIT, particularly to its students, was absolute. Even after retiring as MIT Corporation chair in 1997, he returned to teaching and advising. His work at the Institute was carried out in partnership with Priscilla, a champion of public service who led efforts to create a sense of community at MIT and co-founded what is now called the Priscilla King Gray Public Service Center. “Paul Gray led MIT with the clear-eyed pragmatism and uncommon steadiness of a born engineer, and the humility, warmth, and wisdom of an exceptional human being,” says MIT President L. Rafael Reif.

“He was an indispensable advisor to two MIT presidents who preceded him and all three who have followed him. His affection for and trust in our students allowed him to serve as an anchor at MIT during the turbulence of the Vietnam War; inspired him to greatly increase the presence and profile of underrepresented minority and women students in our community; and led him to pioneer the creation of the then-revolutionary Undergraduate Research Opportunities Program, now an inseparable part of the MIT experience. Paul loved the MIT community like family — and we feel his loss like family, too.”

“Paul became my first and most essential guide to MIT. With the wisdom gained from a lifetime devoted to the Institute, he showed me MIT’s ethos and history,” says MIT President Emerita Susan Hockfield, who served as president of the Institute from 2004 to 2012. “Whether at dinner with his newly red-coated Class of ’54 classmates, or walking the Infinite Corridor with wonderful Priscilla — love of his life and partner in a presidency of warmth and purpose — his love of the place, of the people, and of our mission shone brightly in all he said and did. A part of me has always and will always see MIT through his eyes.”

A Vigorous Embrace of Diversity

When Gray arrived at MIT as an undergraduate, women made up less than 2 percent of each MIT class, and the percentage of underrepresented minorities was similarly low. After joining the administration, he took up the charge to make the MIT community more representative of society at large.

In 1968, in response to recommendations from the newly created Black Students Union, Gray, who was then associate provost, and others created the Task Force on Educational Opportunity. Among other efforts, they hired an assistant director of admissions and worked with him to actively recruit minority students. MIT also began the landmark summer program Project Interphase, staffed largely by students of color.

As chancellor, Gray wrote and began implementing the Institute’s first formal plan to increase the presence of women and minorities among MIT’s faculty as well as its student body. In a 2008 MIT Infinite History interview, Gray recalled that these efforts represented a sea change for the Institute. Until that time, “MIT had never recruited [any students]. We waited for applications to come,” he said.

By the time he stepped down from the presidency in 1990, women made up more than 30 percent of incoming undergraduate classes, and underrepresented minorities constituted 14 percent. Gray’s efforts had laid the foundation for MIT’s subsequent leaders to further increase diversity and inclusion at the Institute. His work on diversity among students and the faculty “may be the most important thing I did around here,” Gray said in the Infinite History interview.

One of the first members of the Black Students Union was Shirley Ann Jackson ’68, PhD ’73, who is now the president of Rensselaer Polytechnic Institute and a life member of the MIT Corporation. “For me, Paul was foremost a great friend, advisor, supporter, and confidante. I always turned to him at critical junctures in my career. He never failed me — his advice and guidance were always spot on,” Jackson says.

More about Dr. Gray can be found here at MIT News 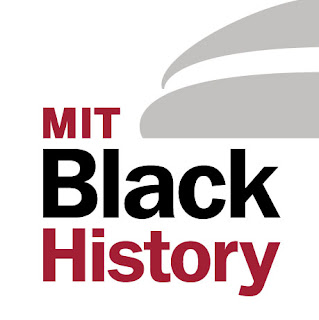 Capture the MO*MIT… More Of MIT

The Blacks at MIT History Project is a continuous research effort and collaborative endeavor sponsored by the MIT Office of the Provost. The project is archiving the historical achievements and influence that students, staff, faculty, and management have accomplished for MIT in their ongoing careers.

The Blacks at MIT History Project mission is to research, identify, and produce scholarly curatorial content on the black experience at MIT since opening its doors in 1865. This Project was founded and is directed by Dr. Clarence G. Williams, Adjunct Professor of Urban Studies & Planning Emeritus and Former Special Assistant to the President, MIT. He is an innovator in higher education for four decades and a recipient of a Ph.D. in Higher Education Administration and Counseling Psychology.

Dr. Williams joined the administration at the Massachusetts Institute of Technology in 1972 as Assistant Dean of the Graduate School and was named Special Assistant to the President and Chancellor for Minority Affairs in 1974. From 1980-1982, he served as Acting Director of the Office of Minority Education, and from 1984-1997, he assumed additional responsibilities as Assistant Equal Opportunity Officer, along with a broader scope of the Special Assistant position, to serve the MIT community as an ombudsperson. From 1992 until his status changed to emeritus in 2004, he taught race relations and diversity courses in the Department of Urban Studies and Planning. He is serving, since 1995, as the Founder and Director of the Blacks at MIT History Project.

The project’s continuing objective is to place the black experience at MIT in its full and appropriate context, by researching and disseminating a varied set of materials. It is also exposing a larger community of interests — both inside and outside MIT — to this rich and historically significant legacy. We are currently conducting oral history video interviews with black tenured faculty at MIT. The videos explore each faculty member’s passion for what he or she does, involving their professional fields, their research and teaching, and their personal journey. How did they become who they are? What was the path that led them to MIT? The videos will be part of a web-based history, with multimedia access by the public including particular outreach to young people. Additionally, the project is producing audio and image narratives reflecting on the continuing legacy of the this unique and important population within the MIT experience.

Posted by MIT Black History at 3:29 AM 4 comments: