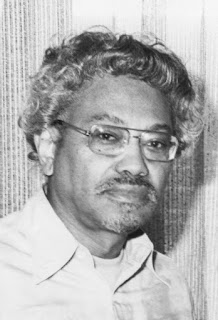 James E. Young was born in Wheeling, West Virginia on January 18, 1926. He was graduated from Lincoln High School in 1941. In 1942 he entered Howard University (Washington, DC) and was graduated with the B.S. Degree in Physics in 1946. From 1946 to 1949 he was employed as an Instructor in Physics at Hampton Institute, Hampton, VA. During this time he took, in absentia, the M.S. Degree in Physics at Howard University. In 1949 he joined the staff of the Acoustics Laboratory at MIT as Research Assistant in Physics. In 1951 he received the M.S. Degree, without specification, from MIT. He is a member of Sigma Pi Sigma, Beta Kappa Chi and Sigma Xi.

James Edward Young received his Ph.D. in Physics from the Massachusetts Institute of Technology in 1953.  The dissertation's title is "Propagation of Sound In Attenuating Ducts Containing Absorptive Strips".  Acknowledgements cited in his original thesis submission on May 18, 1953 is as follows: 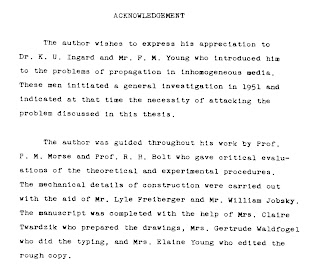 He was married to E. Elaine Hunter in 1948 and they have one child, James E. Young III

Excerpt of biographical note taken from his successful physics dissertation defense in 1953:
Propagation of Sound in Attenuating Ducts Containing Absorptive Strips.  Dr. Young's archived thesis is courtesy of DSpace@MIT - a service of MIT Libraries.  All items in DSpace@MIT are protected by original copyright, with all rights reserved, unless otherwise indicated.