Outstanding Dynamics and Creativity of a Visionary Couple 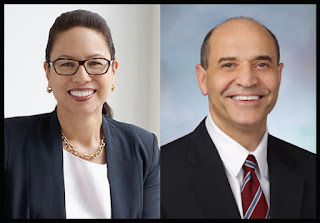 Diane is one of two Gensler Co-CEOs, whose collaborative leadership model sets itself apart in the marketplace as a leading global design firm. For her innovative leadership, she and Co-CEO Andy Cohen rank on Business Insider’s elite “Creators” list, a who’s who of the world’s 100 top creative visionaries.

A hands-on leader, Diane oversees Gensler’s global platform and its day-to-day operations, some 5,000+ people networked across 46 offices, serving clients in 120+ countries. Diane is focused on Gensler’s global talent strategies, performance and organizational development to ensure that we serve our clients with the world’s top talent. She is Vice Chair of Gensler’s Board of Directors and the catalyst for Gensler’s Research program, for which Diane is committed to delivering value to clients through strategies and innovations like Gensler’s Workplace Performance Index® (WPI).

A Registered Architect, she graduated from the Massachusetts Institute of Technology, (SB '79) Architecture + Planning and holds an MBA from the Anderson Graduate School of Management at UCLA (MBA '87). Diane received an Outstanding Impact Award from the Council of Real Estate Women and is both a Regent of the American Architectural Foundation and a Fellow of the American Institute of Architects. Her insights have appeared in the Financial Times, Harvard Business Review, The Washington Post and The Economist; and she was a featured speaker at Bloomberg Businessweek’s CEO Conference. In her role as Co-CEO, Diane is one of the key contributors to what is acknowledged, by its peers, to be the most admired and largest architecture firm in the world, pioneering project types and design innovation strategies for the next century.

Victor was appointed director of economic development for Arlington County Virginia in January 2015. He brings more than 25 years of experience in economic development and executive leadership. Hoskins comes to Arlington after serving as Prince George’s County, MD.’s deputy chief administrative officer for Economic Development and Public Infrastructure (2014). Before working for Prince George’s, he was Washington, DC deputy mayor for planning and economic development since 2011. “Victor will bring a wealth of experience, creativity and dynamism to our team. He will be leading AED at a time of increased challenges and opportunities for Arlington,” County Manager Barbara Donnellan said in a press release.

Hoskins has a long track record of working in DC and Maryland in both housing and economic development, serving as former Maryland Gov. Robert Ehrlich’s cabinet secretary of the Department of Housing and Community Development. From 2009-2011, he was the Vice President of Quadel Consulting, a District-based affordable housing consulting and training firm.

“I’m excited to join the Arlington team, and look forward to marketing a county known across the nation as a leader in transit-oriented, sustainable development,” Hoskins said in a statement. “I can’t wait to be a part of this innovative government that holds itself to the highest ethical standards and promotes a healthy work-life balance.”

During his tenure with Prince George's County he led efforts to bring a $123 million conference center and hotel at University of Maryland College Park, and attracted the first foreign directed investment from China to build a $63.5 million mixed use project in College Park for professors and graduate students.  As deputy mayor for Washington, DC his achievements included the creation of 52,600 jobs through public private partnership projects and the groundbreaking and/or completion of 87 commercial/retail/hotel/residential projects totaling $7.5 billion in 3 years, including the Southwest Waterfront project and City Center project. He also initiated the transformation of the city’s Tech Ecosystem with the attraction of accelerator Fortify VC, expansion of Tech Tax Credits, and the establishment of tech startup co-working space 1776. He also held leadership roles with Urban America LP, and the Maryland Department of Business and Economic Development.

As shared from Arlington County Government