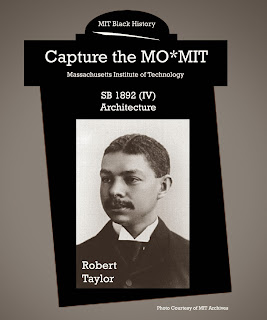 Few blacks were part of the MIT community in its early years, even though founder William Barton Rogers had shown a keen interest in issues relating to race. In 1863, Rogers had praised blacks--particularly the bravery exhibited by black troops during the Civil War--and noted "the capacity of these people for knowledge and training."(1) The earliest evidence of blacks at MIT dates from the 1870s, more than a decade later, in photographs of service staff in the old drill hall and gymnasium on Boylston and Clarendon Streets in downtown Boston. "Jones' Lunch," a small cafeteria located at one end of the gym, was run by a black caterer named Jones, with the assistance of a small staff of black cooks, washers, and waiters. Evidently there were no black faculty and no black students at MIT at the time. The first black student to attend MIT appears to have been Robert Robinson Taylor, who enrolled in 1888.(2)Almost seventy more years elapsed before the first black faculty member--Joseph R. Applegate, a linguist--was hired in 1955.(3)